I have naively believed for far too long that if a person regularly attends church, sings songs about how God created the world, mentions creation in prayers or liturgy, or homeschools her children, that she must therefore be a creationist.

Those in the old-earth camp say they believe God created the world but that He used long periods of time to allow evolution to take its course. This is obviously different from the young-earth creationists who believe God spoke the world into existence in six literal, twenty-four time periods. Yet both say they are “creationists.”

I am a young-earth creationist, but I have been told that I should not criticize or even “judge” those whose scientific views are different from mine. In addition, as a homeschooling mother, I have been told that it’s important to “open the minds” of my children by exposing them to a variety of viewpoints, allowing them to make their own logical decisions from evidence that all sides bring to a discussion.

So why does a young-earth view of creation matter? Does the Bible have anything to say about this topic?

Is there such a thing as “truth”? Or is everything relative? Even if truth exists, is it possible for us to know it?

These are the questions our children will have to grapple with. Even if we allow them to “open their minds” to many different viewpoints, they will still eventually have to choose one or more that seems to make the most sense to them. What tools will they use to make those choices? All homeschoolers teach these skills to their children, whether they intend to or not.

It is significant that Scripture opens with the words, “In the beginning God created the heavens and the earth” (Genesis 1:1). These words form the most basic premise of everything else in the Bible. In other words, all other things presented in the Bible will be filtered through the lens of how we interpret the first verse.

Romans 1 says that “what may be known about God is plain to them, because God has made it plain.” The creation of the world, Scripture says, is the tool God uses to teach about His “invisible qualities—his eternal power and divine nature.” In our study of the created world, God is “clearly seen, being understood from what has been made.”

According to homeschooling author Ruth Beechick,

“But evolution and old earth go together. Evolutionists need all those years in their theory because they cannot see how living creatures could evolve in a short time. They do not see how life could form in billions of years, either, but they are trying to think it could. There is no Bible reason whatever for Christians to believe in an old earth. The reason some do is that they are going along with the scientists. They have a faith that science must be right, so they have to somehow make the Bible fit today’s science.” (A Biblical Home Education, by Ruth Beechick, p. 61).

Romans 1 says that we do this because we want to be “god-less.” We don’t want anyone bossing us around, in other words. We would prefer to be wicked, so we suppress the truth, even at the expense of being absolutely foolish.

“For although they knew God, they neither glorified him as God nor gave thanks to him, but their thinking became futile and their foolish hearts were darkened. Although they claimed to be wise, they became fools and exchanged the glory of the immortal God for images made to look like a mortal human being and birds and animals and reptiles” (Romans 1:21-23). 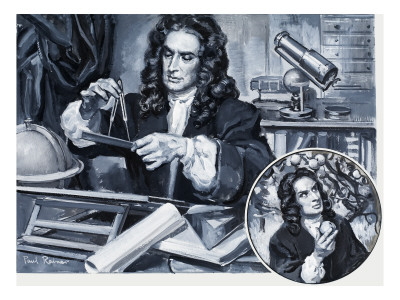 Here is a key point: When we choose science over Scripture, we “exchange the truth about God for a lie, and worship and serve created things rather than the Creator” (from Romans 1:25).

The scary thing is that when we start believing in evolution (by not retaining the knowledge of God), we lose our ability to think.

True science — with its ability to invent, improve culture, and inspire amazing things — gives way to depravity and the dark ages. It gives way to utter wickedness (Romans 1:26-31). Is it any wonder that education needs to be reformed in our countries? Is it any wonder that we have problems such as homosexuality in the homes of Christian families?

Young-Earth Creationism Teaches How to Have Healthy Relationships

According to Bible Gateway, author Lee Strobel “identifies apathy as the reason more of us aren’t reading our Bibles regularly—people just doubt that the Bible has something meaningful to say to them, so they don’t bother to take a look.” This makes sense to me. If the Bible isn’t truth, then really, why should I bother? Why should my children feel any differently? It’s like doing math problems that you know you’ll never actually use in life.

If Scripture doesn’t apply to life, our children certainly won’t use it to learn how to have healthy marriages, how to build up successful and prosperous businesses, how to treat the poor, how to love justice in society, or even how to protect the unborn.

Creation from a literal, young-earth perspective matters because “what we have known from the beginning” is how we learn to walk in the truth (2 John 1:4-5). Without truth, we are adrift, left to our own devices to figure things out. We will always choose selfishly.

Young-Earth Creationism Must Be Taught

As I study the Scriptures, I am struck by how many times we are told we must actually teach things to our children. Just because I have personally read books about creation, have studied the evolution vs. creation debate, or have a grasp of history from a biblical timeline doesn’t mean my children know these things.

“You have seen with your own eyes all that YHWH your God has done…” (Deuteronomy 3:21).

Maybe we as parents have been convinced of the truth of young-earth creationism. However, have our children been convinced? The opportunity to hear about evolution in every facet of their lives — accepted as established truth, never doubted — makes them much more likely to see evolution as truth. It will take a concerted, dedicated effort for us as parents to teach our children what the Scripture says and why it makes sense.

“Remember today that your children were not the ones who saw and experienced the discipline of YHWH your God: his majesty, his mighty hand, his outstretched arm…” (Deuteronomy 11:2).

Unlike what some authors believe, creation and matters of biblical theology are not too difficult for our children to understand.

“At the end of every seven years, in the year for canceling debts, during the Festival of Tabernacles, when all Israel comes to appear before YHWH your God at the place he will choose, you shall read this law before them in their hearing. Assemble the people—men, women and children, and the foreigners residing in your towns—so they can listen and learn to fear YHWH your God and follow carefully all the words of this law. Their children, who do not know this law, must hear it and learn to fear YHWH your God as long as you live in the land you are crossing the Jordan to possess” (Deuteronomy 31:10-13).

If a teenager does not believe in young-earth creationism, is it because his parents didn’t teach him? Could be. Sometimes it could be because a firm belief in the authority of Scripture wasn’t really on his parents’ hearts. It could also be that creation was taught as a church or academic subject but that heart discussions (and opportunities for questions) never occurred. Maybe everyone got too busy. Maybe too many secular library books were checked out, or maybe too much television crept in. Maybe close friendships were formed with companions who were “simple” or even “foolish” toward creation (see Proverbs 1:32, Proverbs 13:20, Proverbs 14:15).

END_OF_DOCUMENT_TOKEN_TO_BE_REPLACED

Shipping has slowed down considerably. We appreciate your patience with our suppliers as they work hard to get your books to you!Questions? Contact Us.