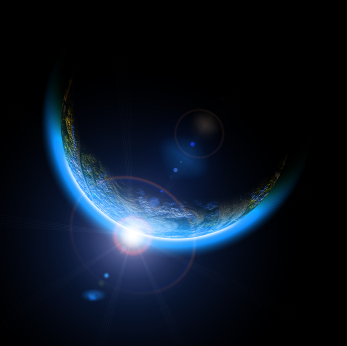 When God wants to teach mankind something, He follows a very specific method that I can copy in my homeschooling. For instance, let’s look at how God teaches all mankind about His “invisible qualities, his eternal power, and divine nature”:

“The wrath of God is being revealed from heaven against all the godlessness and wickedness of men who suppress the truth by their wickedness, since what may be known about God is plain to them, because God has made it plain to them. For since the creation of the world God’s invisible qualities—his eternal power and divine nature—have been clearly seen, being understood from what has been made, so that men are without excuse” (Romans 1:18-20, NIV).

Once God has presented information, He expects that I’ll have the help of a human teacher to explain what I’m seeing and hearing.

He then expects me, the “student,” to do a few things, which I’m calling the “Hear, Learn, Keep, Do” method (from Deuteronomy 5:1).

When I was a little girl, my parents would wake us in the middle of the night and take us out into the backyard, where they had laid a blanket on the ground. We would lie on our backs and look at a meteor shower, an eclipse, or an especially bright planet. My dad would pass around the binoculars and telescopes, and he would show us where the constellations were. All the while, he would remind us that God created these things. He helped us “listen with intelligence” to the “words” God had put into the stars.

Today I can go to my bookshelf and read The Witness of the Stars, by E. W. Bullinger, to learn how the different constellations point to God as creator and His promised Redeemer.

All of these things can help me “listen with intelligence” to the God who is trying to teach me about Himself.

The word “to learn” means “to goad.” My human teacher helps me learn by “goading” me. A goad is a long stick with a sharp end, used to herd animals like cattle. With me, my human teacher pokes me along, but this isn’t a negative thing. My teacher spurs me into action, reminds me where the path is, and even gives me confidence as I step by encouraging me. In the New Testament, we see the word “exhort” used in a similar way.

If I were a child learning about the constellations, this would be a review lesson, where maybe I would draw maps of the constellations, with overlays of the symbolism of Yeshua the Messiah, filing them away in a notebook. Maybe my father would take me outside on another night and ask me to point to the specific constellations and tell him a little about each one. Maybe I would be required to memorize Scripture verses about each one and recite them at supper. All along, my “teacher” would be goading me, poking me, reminding me that God was the creator of the constellations and that they were placed in the sky by Him so that I would learn about His eternal power and divine nature. 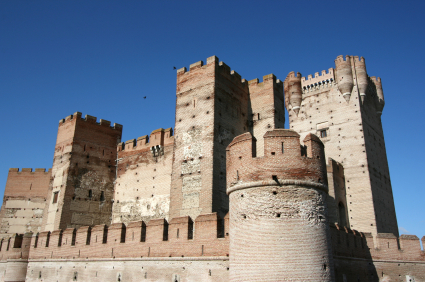 The word “keep” used here means “to guard.” My husband and sons love to study about medieval castles, which often had a “keep” inside the walls, where the soldiers could fall back during a siege. It was a place of refuge, heavily guarded and fortified, and filled with ample provisions. Often this was a strong tower. Sometimes the “keep” was a dungeon, where prisoners would be “kept” and guarded.

When God gives us a body of information, He wants us to guard it carefully. All of Scripture contains information about God, but we should not guard it physically so that no one is able to read it, such as often happened during the Middle Ages as Bibles were chained to tables inside cathedrals, to keep thieves from stealing these rare books. In this case, He’s referring to a mental guarding of this information, where we replay it over and over so that it doesn’t get lost or misplaced among all the other pieces of information that compete.

For instance, the word “keep” is used 22 times in Psalm 119 alone, as we are instructed to “keep” God’s commands and instructions.

James 1:22-25 says that when we learn God’s Word, even when we listen to it, our human hearts are very prone to walking away and “immediately forgetting” what we saw. God’s “perfect law” gives freedom, though, to the one who “looks intently” into it and “continues to do” it, “not forgetting what he has heard, but doing it.” God says that man will be “blessed in what he does.”

Learning information is never the end goal. When God placed the stars in the sky, they were there to point us to our Messiah and to bring us to faith in Him. Yeshua is always the reason for everything God has revealed to us.

“Wherefore the law was our schoolmaster to bring us unto Messiah, that we might be justified by faith. But after that faith is come, we are no longer under a schoolmaster. For ye are all the children of God by faith in Messiah Yeshua” (Galatians 3:24-26, KJV).

“For Messiah is the end [“result, purpose, goal”] of the law for righteousness to every one that believeth” (Romans 10:4, KJV).

“We have much to say about this, but it is hard to explain because you are slow to learn. In fact, though by this time you ought to be teachers, you need someone to teach you the elementary truths of God’s word all over again. You need milk, not solid food! Anyone who lives on milk, being still an infant, is not acquainted with the teaching about righteousness. But solid food is for the mature, who by constant use have trained themselves to distinguish good from evil” (Hebrews 5:11-14, NIV).

Going to school isn’t the point. Learning facts isn’t the goal. Learning should bring about a change in behavior.

We would be disappointed if we had to homeschool our children for the rest of their lives. No way! We expect them to graduate someday. When they graduate, they will continue to add, subtract, multiply, and divide — but they won’t be doing it on math worksheets. They’ll be applying math to their everyday lives.

God revealed His Son Yeshua throughout all His Word, not so we could master facts, rules, or commands. He revealed Himself so that, as we continue to obey His instructions each day of our lives, we will be able to hear intelligently that we need a redeemer, we’ll be goaded each day by the keeping of His commands, we’ll have plenty of review as we continue to walk in His commands, and we’ll see our need of a Messiah and turn to Him in faith, so that His righteousness can be given to us. Then we can grow up, teaching God’s commands to others and helping others come to faith in Him also.

Sounds like what parents do, doesn’t it? We learn, we grow up, we have children of our own, and we pass on truth to them.

P.S. For a more thorough look at our philosophy of education, I suggest my book Biblical Home Education.