Home Download Your Free E-book Here Lesson 3: The Secret to Being a Better Parent 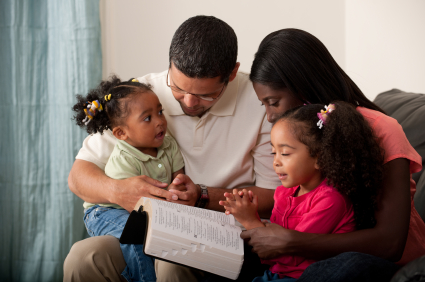 A little known secret about parenting is that God’s Word, the Bible, can equip you with whatever you need to succeed in your parenting.

I have a dear friend named Melissa who really struggled with her parenting when I met her. She would ask me to babysit her two small boys, and I would agree — but shudder inside. I knew that they would demolish my house with toys, would yell and hit other children, and run screaming in the other direction when she finally showed up again (usually late). I wanted to help her, but I didn’t really want to put up with her sons.

One day she gave her life to Jesus and started to feel convicted about her home life. She began reading in the book of Proverbs, just one chapter for each day of the month (since the book of Proverbs contains 31 chapters). As she read, she began to copy parenting verses into her journal. She told me that she sometimes felt that the Proverbs just couldn’t be true and that she would argue with them. However, as she read and copied, she also prayed that God would help her be brave enough to try.

Little by little, the Holy Spirit began to use those verses to help Melissa change. All of her friends saw a change in her first. She became much more peaceful and able to deal with stress. She began to speak with a softer tone of voice around her husband and children. She exhibited a calm that radiated from the inside out.

I moved away to a different state, but several years later, I had the privilege of visiting her family for several days. I just couldn’t believe the change! Her boys were well-mannered, showed great respect and love to their mother and now two younger sisters, and seemed to have an excellent grasp of the Bible themselves. It just wasn’t the same family in any way!

Melissa taught me an important lesson. God’s Word will renew my mind. It is powerful because God knows exactly where I need help, and His Word goes straight to the problem. Unlike any other book or parenting expert, His Word is always filled with truth. It always works!

Melissa found the secret to being a better parent. First, she determined to always read her Bible, every single day.

Second, she determined to do more than read — she copied the verses that God was using in her life, ultimately thinking about them throughout the day and even memorizing them. This is how she changed the way she thought.

Finally, even though it was often radically difficult for her, she determined not to just read or copy the verses but to DO exactly what they said. Prayer throughout each day helped with this. Actually, THIS is the secret right here. She didn’t just read or learn — she acted on what she learned.

What steps can you take to put this “secret” into practice in your life?